“Marine transportation plays a pivotal role in Texas’ ability to export energy across the nation and globe,” said Commissioner Christian. “It is the work of Texas mariners and waterway operators that has allowed for our state to change worldwide energy dynamics in our favor.”

“Yesterday, the Energy Department announced that for the first time Texas exported more crude oil than it imported,” continued Christian. “This is huge news that demonstrates how close we are to energy security as a nation. This energy security is really national security, in that it allows us to be less energy reliant on potentially hostile nations overseas.” 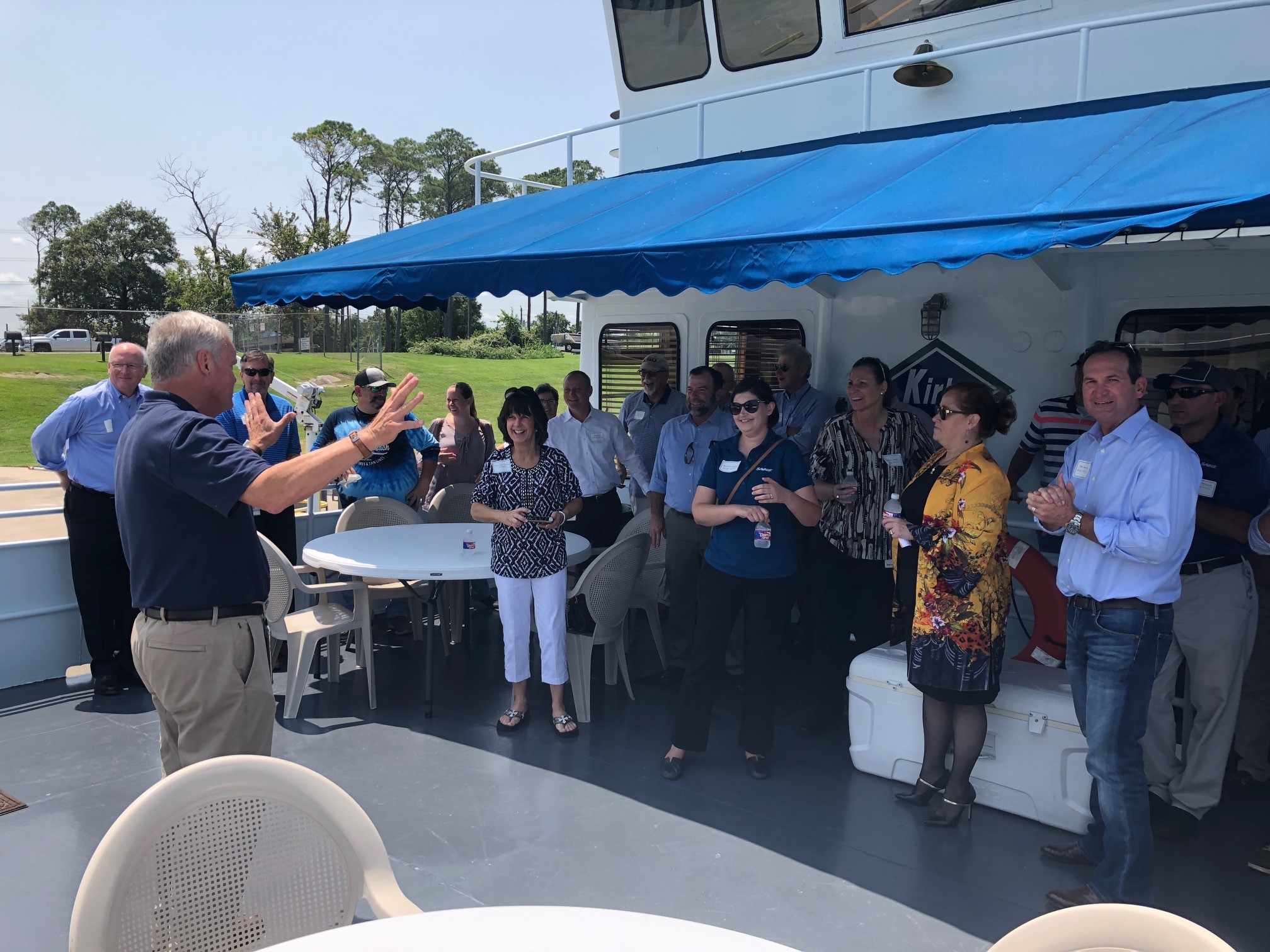 A lifelong conservative businessman, Wayne Christian was elected as our 50th Texas Railroad Commissioner in November 2016. Prior to his time at the Commission, Christian served seven Sessions in the Texas House of Representatives, accumulating a strong record of standing for free markets and against burdensome regulations. In addition to his duties as Commissioner, Christian was appointed by Governor Greg Abbott to serve as the Official Representative of Texas on the Interstate Oil and Gas Compact Commission. Christian is married to his wife, Lisa, and together they have three daughters, Liza, Lindsey and Lauren.