The U.S Department of the Interior’s Office of Surface Mining Reclamation and Enforcement presented the RRC with its Small Project Award during the National Association of Abandoned Mine Land Programs conference in Grand Junction, Colo.

The $380,000 project, which was less than a half mile south of the historic courthouse in Center, Texas, addressed voids left by a hand-dug mine dating back to the 19th century.

Among the challenges of the project under the properties of two homes included a 20-foot-deep sinkhole that opened up in one of the backyards and damaged part of a fence. Extensive geotechnical work was conducted to locate voids, which were filled with cement.

Following the work underground, the fence and landscapes were repaired, as well. The project was completed in July 2021.

“We are very honored to receive this national award from our federal counterparts,” said Brent Elliott, RRC’s Director of the SMRD. “Community safety is our number one priority. I’m very proud of the work our Abandoned Mine Land Program does to protect public safety. Their exemplary efforts are recognized nationwide. Time and time, the RRC team delivered the results expected by Texans.” 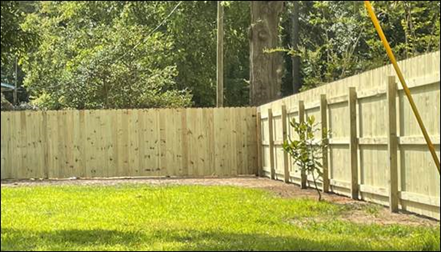 An abandoned lignite mine was filled in by the RRC in Center in East Texas in 2021.

About the Railroad Commission:
Our mission is to serve Texas by our stewardship of natural resources and the environment, our concern for personal and community safety, and our support of enhanced development and economic vitality for the benefit of Texans. The Commission has a long and proud history of service to both Texas and to the nation, including almost 100 years regulating the oil and gas industry. The Commission also has jurisdiction over alternative fuels safety, natural gas utilities, surface mining and intrastate pipelines. Established in 1891, the Railroad Commission of Texas is the oldest regulatory agency in the state. To learn more, please visit http://www.rrc.texas.gov/about-us/.